Honolulu, HI - November 29, 2018: Paepae o He'eia, a traditional Hawai'ian fishpond on the windward side of Oahu, was built by ancient Hawai'ans 800 years ago. Closed in by a wall built of coral and local rocks and soil, the pond lets young fish in to feed and grow, but does not allow bigger fish out, creating an area primed for fishing that can feed a community. The structure of the pond was compromised by a storm in the 1960's, but a group has been rehabilitating and rebuilding it since the early 2000's. 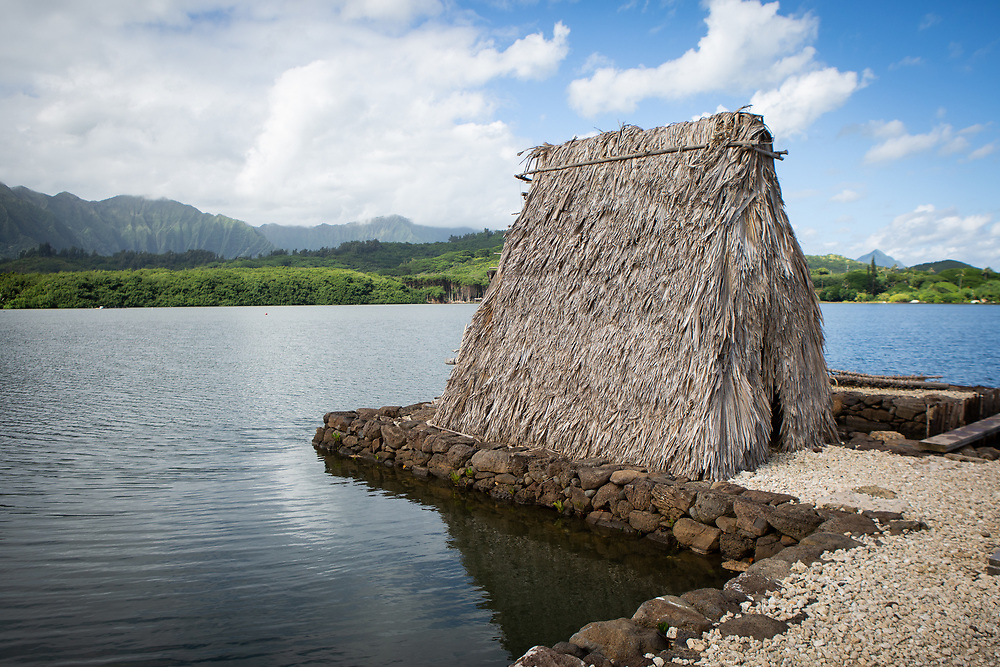